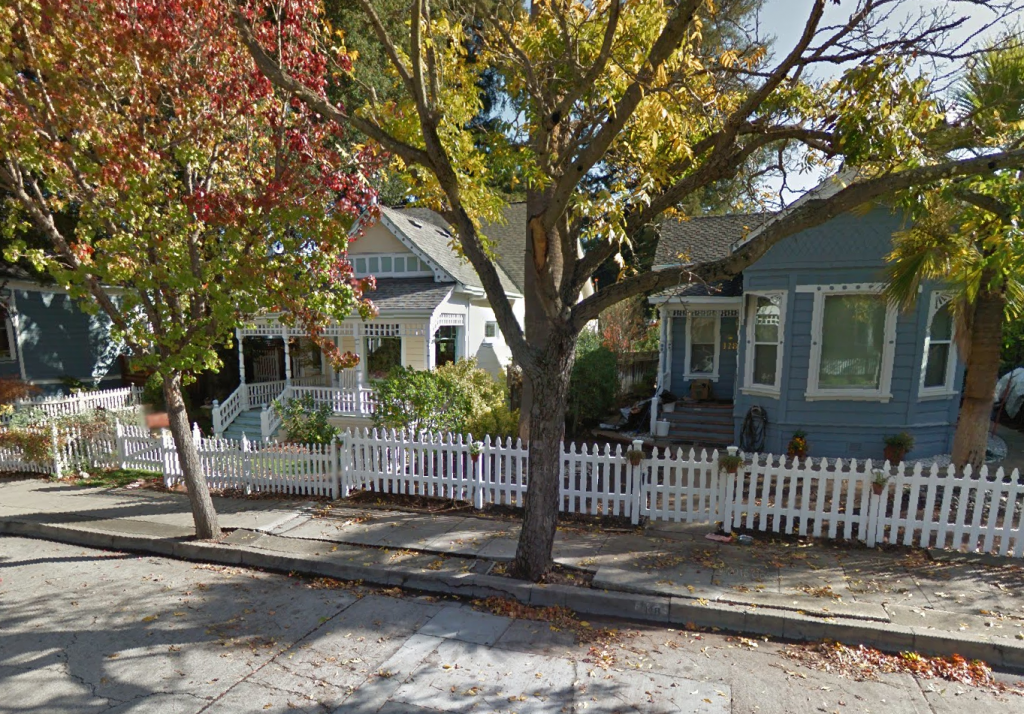 The Almond Grove District is a historic residential neighborhood located near (and in) downtown Los Gatos that was, yes, a former almond orchard. The borders are generally considered to be from Saratoga-Los Gatos Road (Highway 9) to Bean Avenue and from North Santa Cruz Avenue to Glen Ridge Avenue.

Almond Grove is one of the oldest neighborhoods in the city and was created in 1887 by Los Gatos town fathers John Bean, Alphonse Wilder, Augustine Nicholson, Fen Massol and Captain Magnus Tait (hence the streets Bean Avenue, Wilder Avenue, Nicholson Avenue, Massol Avenue, and Tait Avenue). This neighborhood is known for its classic Victorian architecture, and there are many homes that were built before 1895 and are still standing. 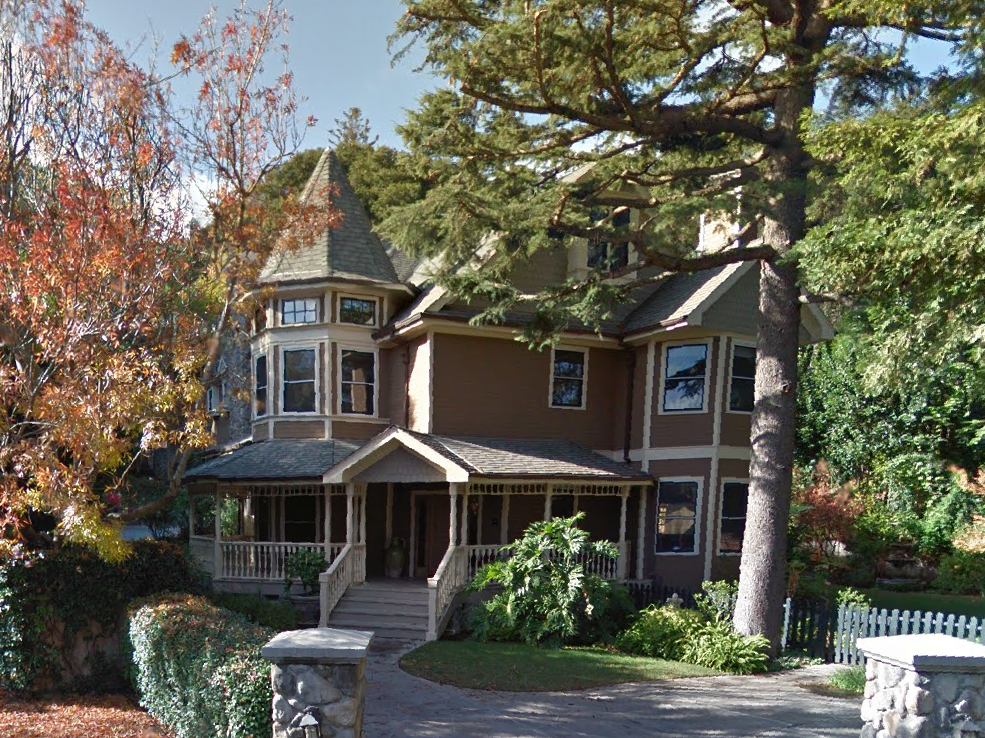 Over a century later, Almond Grove remains a highly popular neighborhood due to it’s close proximity to downtown Los Gatos, beautiful historic homes, scenic tree-lined streets, and community atmosphere. Homeowners take pride in the appearance of their property and are known for over the top holiday decorating.

Remodeling can be a challenge due to historical preservation rules, and many of the older homes do not include garages. However, the Almond Grove District is a wonderful Los Gatos neighborhood with great charm and character. To find homes available in this area or if you have any questions about the neighborhood please feel free to contact us. 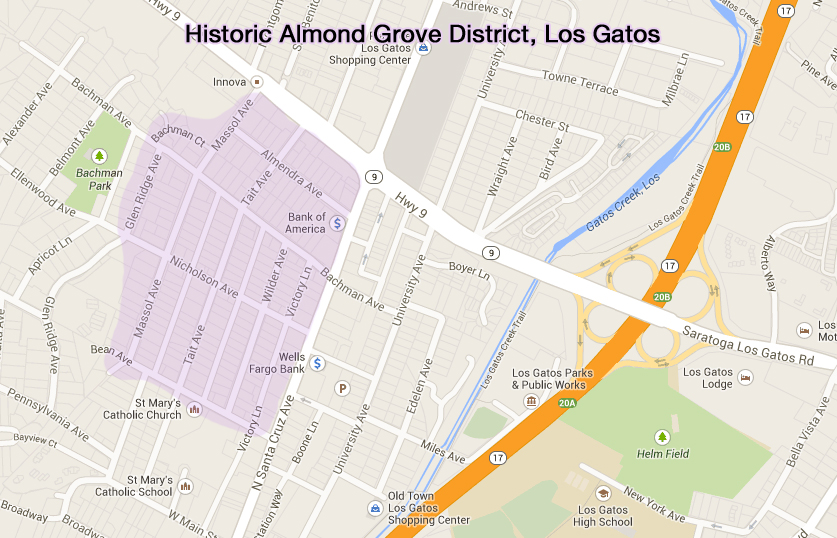 Show 0 Comments
No comments yet. Be the first.